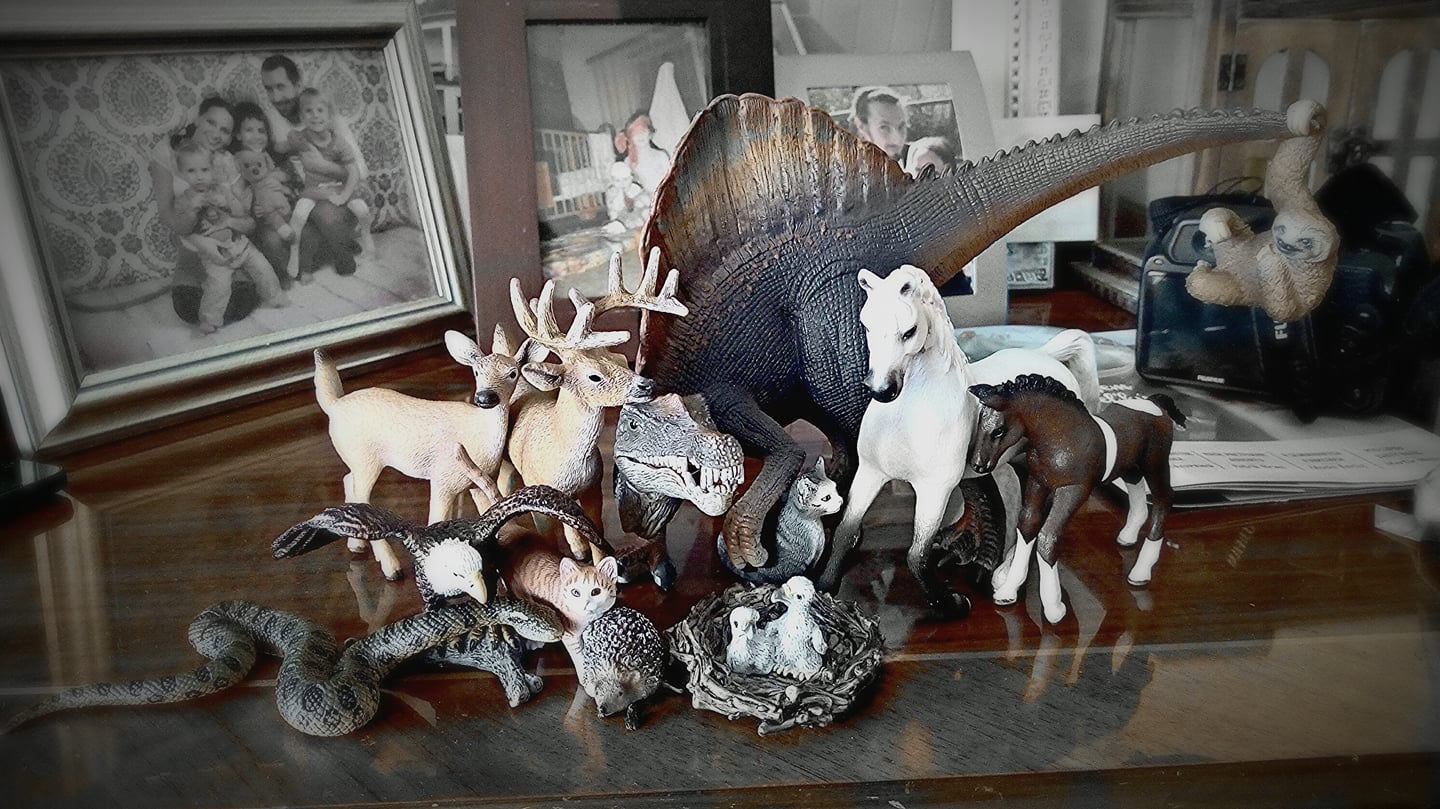 About how I learned something in the end and how important are people around us.

Kelofisis, Kompsognatus, Deinonychus, Iguanodon … These were my mates when I started the first grade of elementary school. “What would you like to be when you grow up?” People used to ask me. It was trendy then, I suppose. Just after the iron curtain fell down. “Paleontologist.” That was my prompt response. Although I changed it often for geologists and archaeologists. But then I opened my favorite books again and again and saw my bunch of hadrosaurs, sauropods and raptors. My parents bought me all the dinosaur books they could get. Even those that were a tiny bit close to the topic. They read the books for me before bedtime, and I imagined myself discovering prehistoric countries with these spooky creatures.

At school, they wondered how I could memorize their complicated names. Moms were amazed at the playground when I created a stegosaurus – from the sand. It looked quite promising in my future. Handy, wise with a good memory. I was surrounded by books with large illustrations and big letters. But then small drawings and small letters came on stage – school textbooks, grammar, i and y, read in front of the classroom … I feel like crying when writing it now. But it doesn’t matter. I’ll write it. Finally. I didn’t understand what we were studying. I did not see any connection there. No story or connection whatsoever. It was soon very similar to all subjects. I succeeded in making it to the second grade of primary school. I did not manage to get the teachers and I was ashamed to ask. I was a slow and average student. At home, I had a lot of books my parents bought me and read with me. It just didn’t fit with the curriculum at school.

One day I noticed that I couldn’t properly focus on the letters and they were kind of blurred or shuffled. So I went to an eye specialist. I was sure I get the glasses prescription. However, the doctor said that everything was fine. I’ve been there many times, but everything was as it should be. Later I was also at a psychologist and she said that I am quite a bright child and I could achieve a lot more. Impossible for me to do it in school, though.

At home, I wrote poems and short stories that won many competitions. But dictates in my own language – 20 mistakes. For 5 mistakes, I got the worst grade, so what was my perspective? Even if I have improved quadruple times, I still have the same – the worst grade. I also draw nicely, but that doesn’t count. It’s just not that important education = “graduated” at my certificate. In high school, I went crazy about electrical engineering. I knew how to solder well because my father taught me the art of soldering and connected the electrical circuits. But why the inverse value of something flowing somewhere, drawn by chalk on a blackboard, represented by a formula in a book, creates something they told us we should call induction? And if you somehow divide it by a sinus function, it could kill you … I didn’t get it at all. But I didn’t give up. I promised myself that I would study from the morning until the evening until the exam moment (as of the most important subject). And I would understand it completely and remember it as well. The result was the mark between D and E and I knew I couldn’t continue in this pacing; otherwise, I get crazy. So 15 worst grades after …. And I went mad. Not literally, but think of depression, anxiety, feelings of collapse and the idea that I am about to die was more than enough. I burned out. The world burned me from within; I lost my faith and closed myself in darkness.

And so time went on and I graduated from the high school that took me 6 years. And after I was admitted to Architecture. In the first lecture, they immediately explained to us that based on the number of points from the test exams, it is possible to deduce what a great chance we have to succeed at the university. My score was in that category – after half a year, you are out. Then we had a practice lesson where they asked us what school we were from. Everyone around me was from a gymnasium or construction vocational school. I proudly introduced myself: “Augustín Ugróczy, Engineering Vocational school”. After a moment of silence, the professor said that this will be really a challenge for me. And what do you expect happened next. For the midterm, I got a support scholarship due to my excellent grades. Funny, right? After six years, I graduated almost with honors. At the graduation ceremony, my two kids were cheering as well.

How is it possible? That I barely managed elementary school and at the university was one of the best? I am wondering as well. I asked when it happened and I still wonder. How is it even possible for such a thing to happen? Only the Lord God and the dinosaurs in the rainforest know the exact answer. You know, people stopped believing in dragons and giant creatures a few hundred years ago. Until the moment their bones appeared in the 19th century and were named dinosaurs, their whole world seemed to somehow return. At the end of the 20th century, they became mega-popular. People began to trust them. And that was my case too, I suppose.

Many things have changed my life and I am happy to share them in other parts of the dyslexic dinosaur diary. But what I want to say now is that we all need someone to trust us. I somehow got into the hands of the right “paleontologists” who believed in me. They didn’t remind me that I couldn’t write correctly but preferred to listen to my poems. Drawing or painting was as valuable to them as the plural nominative. Dreams were considered useful as the equations. My spin kick was impressive as the centrifugal force of a rotating body.

So I want to say thank you. “Paleontologists.” You who see beneath the layers of distrust and trust us – “Dinosaurs.” Dys-nosaurs, Hypersaurs, Aspergo-lofus and other species with exotic names. That you help us solve our “heavy heads” and are not intimidated when we “show our teeth”. That our hadrosaurus hairstyles are not offending you, and when we needed to “roar, run, strike, crawl” wounded on the ground, you were not ashamed of us. Thank you for giving us faith. You will stay forever on our scales. And now, finally, I can spread my wings like a phoenix and fly around the world.